The other day I was talking with fellow writer Yael Tischler (http://chroniclesofword.blogspot.co.uk/) and the conversation swung to one of the oldest fandom debates there is: vampires or werewolves. For some reason, these two entities have frequently been presented side-by-side in fiction, and often pitched against each other as forces that must ultimately gain the upper hand of each other, or die trying.

Personally, I have always been fascinated by the idea of the vampire, and even more so as the last decade or so has brought us increasingly relatable versions. The self-hating vampires of Twilight, the loving-yet-unsociable detective Mick in the TV series Moonlight who is desperately looking for a cure to become human again, and the powerful yet tragic anti-hero Simon of Annette Curtis-Klause’s The Silver Kiss. These characters are trapped out in the cold: they’re highly gifted, intelligent, immortal or as-good-as, and yet they find their existence loathsome. They would happily trade the freedoms and powers they have in order to be able to fully connect with normal, ordinary, loving humans. Whether it is Edward longing for someone to see and love him for who he is, or Mick just wanting to eat a damn cheeseburger, I find this dilemma very relatable. People can be as clever, high-achieving and successful as we like, but without human warmth – which requires opening up to intimacy, and showing oneself consistent over time – these gifts are, if not meaningless, then certainly very lonely trophies to possess.

What struck me in my conversation with Yael was her response that she preferred werewolves. They were warm, cuddlier, more passionate; closer to being human and certainly not undead as most vampires are portrayed. If anything, their problem is being too much alive – trying to restrain the double-life and beast that lives within them. If vampires are lofty and disconnected, werewolves are affectionate but also have severe anger-management problems. Like vampires, the werewolf has had several makeovers the last few decades, from inhuman, abstracted monster to individualized heroes battling a very particular internal demon, for instance George in the BBC’s Being Human TV series.

And therein was the eureka moment. Yael and I had already established that we are respectively a ‘head’ person and a ‘heart’ person. No prizes for guessing who’s who. So it would seem perhaps there is something in this dichotomy that vampires and werewolves are so often featured together, and often pitted against each other. Because they both represent the two different strains of human nature, and their corresponding excesses: too much knowledge/intelligence and power and a lack of compassion, or an excess of feeling, impulsivity, and an inability to control one’s physical urges. The head and the heart. Both needed, in moderation, to survive. One required to mediate the other.

As to my own writing, it’s vampires all the way. Ilsa, the heroine of my novel-in-progress, is very much out in the cold, in the wilds of medieval Germany. My job is to bring her into the warm, albeit after dragging her and her friends through the mill a bit. Finding a corresponding heart-character to her head. Time will tell if I can pull it off, but I’m hopeful.

In the meantime, I hope you out there have a little more time for our poor misunderstood monsters. And if anyone comes across a story that goes against my theory, where vampires are presented more as ‘heart’ types or werewolves more as ‘heads’, please let me know. Always happy to have a theory challenged or complicated.

In the meantime: who do you run with, vampires or werewolves? Or are you going to be boring and stick with those dull little humans…? 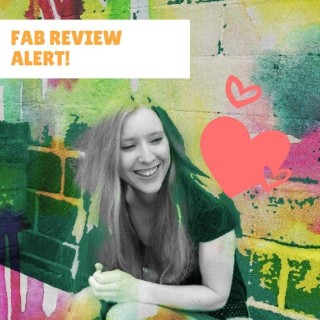 Storytelling is the love of my life, and my biggest passions are speculative and YA fiction and experimental podcasts. I have a broad portfolio of skills, both in producing work and helping others refine their own. I have worked diversely as English Editor on books for international storytelling collective Book on a Tree, as scriptwriter and supervisor on comic book projects, copywriter for clients as diverse as HSBC and the European Commission, scripted computer games and helped develop TV pitches and new IPs. I am fluent in English and German, and can also work comfortably with Italian. I am a freelance editor for Reedsy and Bold Books.